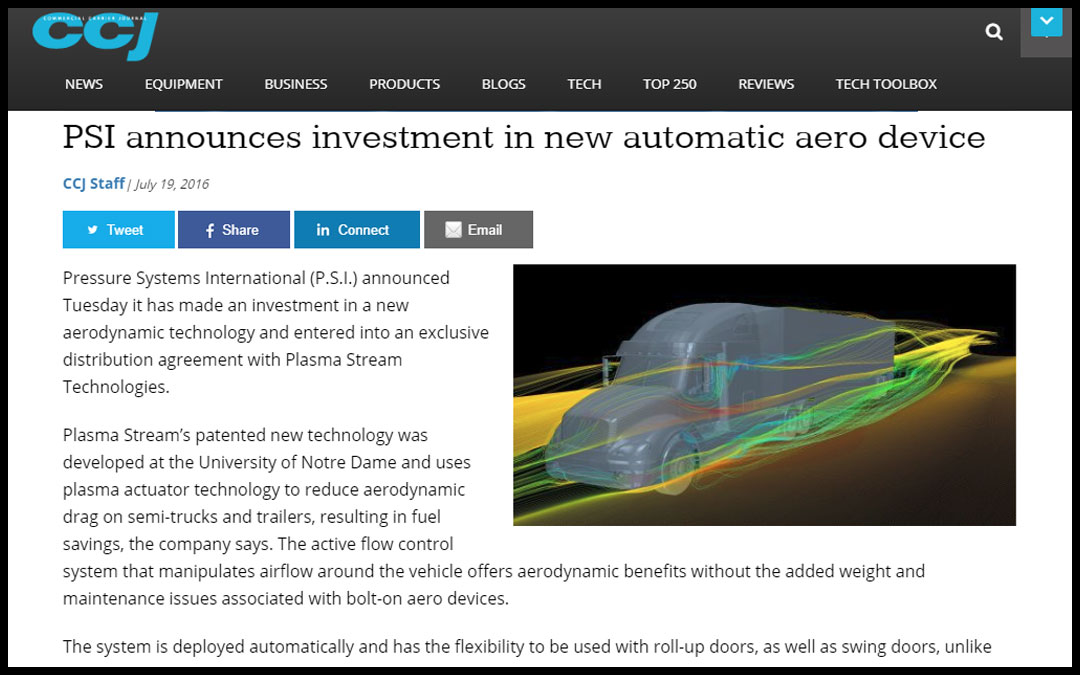 Pressure Systems International (P.S.I.) announced Tuesday it has made an investment in a new aerodynamic technology and entered into an exclusive distribution agreement with Plasma Stream Technologies.

Plasma Stream’s patented new technology was developed at the University of Notre Dame and uses plasma actuator technology to reduce aerodynamic drag on semi-trucks and trailers, resulting in fuel savings, the company says. The active flow control system that manipulates airflow around the vehicle offers aerodynamic benefits without the added weight and maintenance issues associated with bolt-on aero devices.

The system is deployed automatically and has the flexibility to be used with roll-up doors, as well as swing doors, unlike other conventional boat-tail designs.

Plasma Stream says its system “is capable of generating a body force which controls flow separation from a vehicle. By controlling flow separation, the drag force on a vehicle is minimized. In essence, a vehicle can be streamlined independent of its actual shape. Physical devices such as spoilers, bobtails, flow plates, and diverter tabs have been used to move the airflow in a desired direction. Plasma actuators ionize the local airflow to induce a similar affect without the added structural components or weight. Even the best designed physical devices attempt to divert flow, unlike plasmas which modify the existing flow field.”