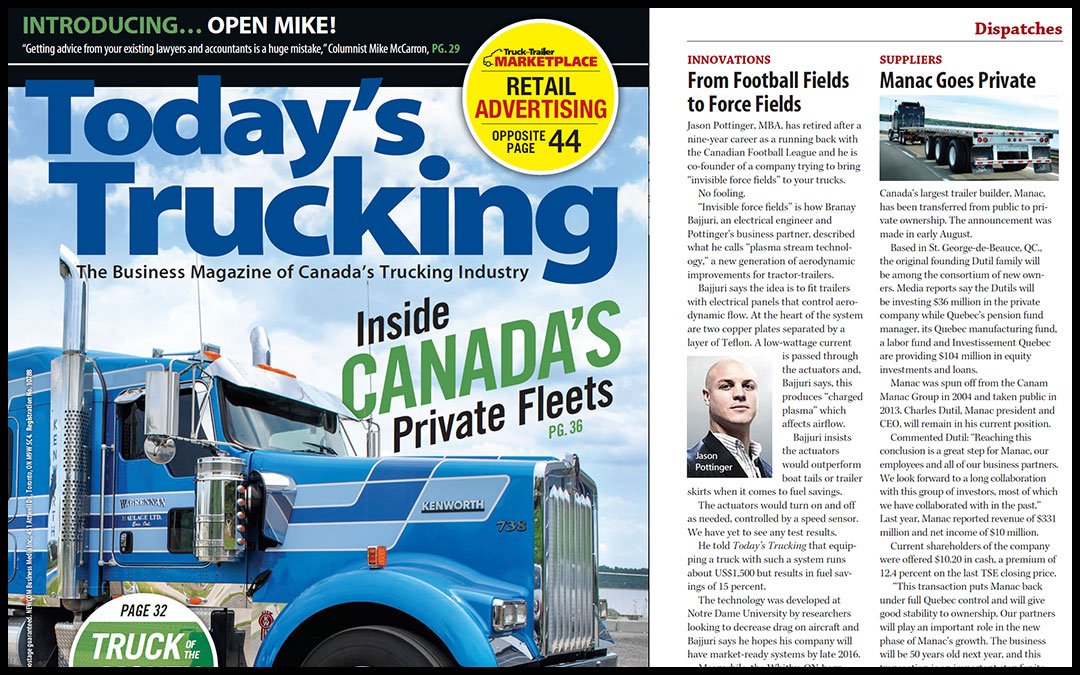 See That Glowing Truck? It’s Using Plasma to Save Fuel

BETTENDORF, IA — A new generation of aerodynamic improvements for tractor-trailers to reduce fuel consumption is being tested and if you see one you can tell by how its glowing.

New Scientist magazine reports Iowa-based Plasma Stream Technologies Inc. is fitting trucks with plasma actuators, devices that control aerodynamic flow, rather than fuel saving devices you see on tucks these days, such as side skirts and trailer tails.

According to the story:

These are essentially two copper plates separated by a layer of Teflon, developed at the University of Notre Dame in Indiana, where researchers have been working on trying to reduce drag on airplanes. When a current is passed through the actuators, they produce charged plasma, which affects airflow. This delays flow separation, where the airflow detaches from the vehicle’s surface and becomes turbulent, producing drag. The actuators would turn on and off as needed, controlled by a speed sensor.

Pranay Bajjuri, co-founder of Plasma Stream Technologies, told the magazine equipping a truck with such a system runs about US$2,500 but results in fuel savings of 15 percent. Trucks equipped with them usually exhibit a glow.